Are you looking for a product? Check out our online store!

Have you ever heard of amazake, this tasty and comforting Japanese fermented rice drink?

We invited Julien Clot, founder of Symbiose AlimenTerre and amazake producer, to share his knowledge about this traditional Japanese fermentation made from koji.

Discover also a recipe for amazake (literally “sweet sake”), so that you too can carry out this age-old fermentation very rich in health benefits! 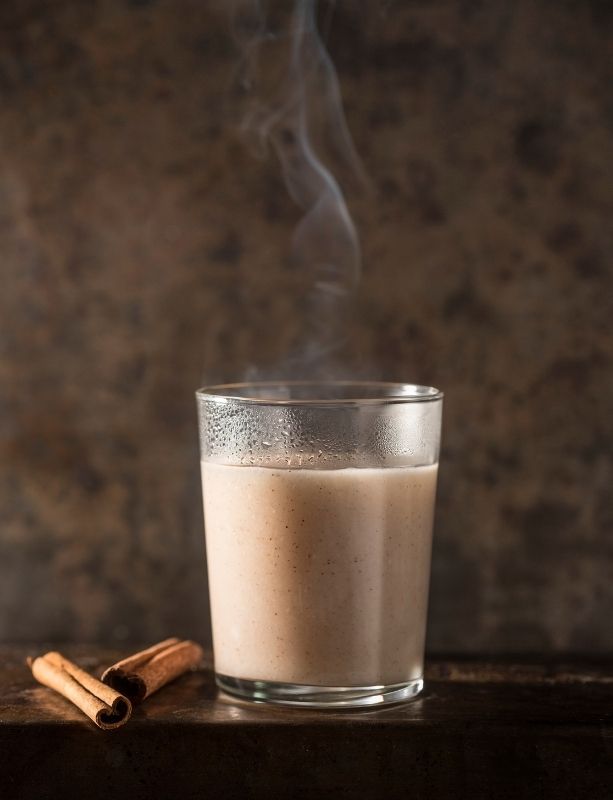 Amazake is a delicious Japanese vegetable yogurt rich in enzymes and alkaline properties, made from koji.

Its sweet and sour taste is reminiscent of yogurt, while its texture ranges between milk and a fat Greek yogurt, depending on preference. It is often used as an alternative to dairy products in smoothies, cereals and desserts.

Amazake is made with starch-rich grains such as rice, barley, oats, buckwheat and millet. It can be kept for about 2 to 4 weeks in the refrigerator.

A Fermentation Made From Koji

With more than 2,000 years of history, amazake is the result of the fermentation of the fungus, the aspergillus oryzae.

This micro-organism is the basis of koji, the famous Japanese culture that produces miso, tamari, sake and several other food fermentations.

The koji culture is used to inoculate steamed grains (rice, barley, wheat, soy, beans), which are then fermented. The resulting koji is then used to make fermented foods of all kinds.

The different varieties of koji cultures are used according to the desired use (see also our koji starter for soy sauce and koji starter culture for miso).

Beyond this fermentation time, our yogurt becomes more and more acidulous, gradually becoming the ideal base for sake, a Japanese alcohol, if yeast is added (wild or cultivated). 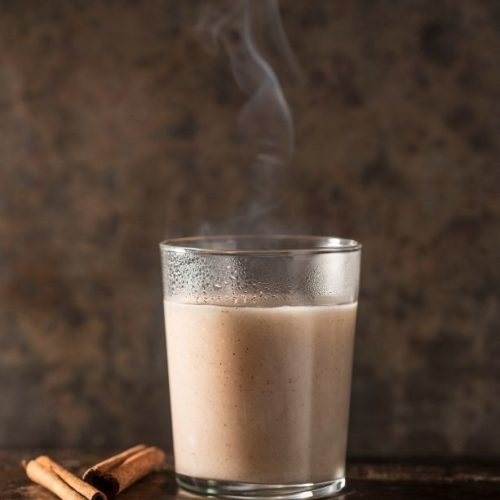 Have you ever heard of amazake, this tasty and comforting Japanese fermented rice drink? Here is a recipe for amazake (literally "sweet sake"), so that you too can carry out this age-old fermentation very rich in health benefits!
No Ratings
Print Pin to Pinterest
Preparation Time 40 mins
fermentation 8 hrs
Course Drinks

How to Eat and Use Amazake?

Amazake is as versatile as yogurt in the kitchen. Whether it’s simply adding it to cereal, putting it in a smoothie or using it in muffin and cream sauce recipes, there are plenty of opportunities to use amazake!

It is natural to see sweet amazake, however it could be used in salty recipes with tamari, especially for buckwheat, brown rice and oat amazakes it as a tasty and nutritionally bioavailable condiment.

In fact, we make Amazayo, a mayonnaise-style sauce made from gluten-free oats from the Gaspé Peninsula in Quebec, Canada.

With the fermentation of amazake it is possible to play with the taste of it. Under the best conditions, it will be mild and sweet.

The longer the fermentation, the more sour it will be. This allows us to make an amazake based on our preference.

For more advanced foodies, it is possible to use amazake as a starter ferment for the famous Japanese milky pickles: kojizukes. Kojizuke literally means koji-pickle.

It is therefore enough to make your amazake and once it is well fermented, you can add 5-10% salt (based on the weight).

At this point the fermentation slows down quickly and we avoid the alcoholization of our amazake.

We, therefore, have a kojizuke base that is rich in enzymes, which becomes an ideal substrate for the development of lactic acid bacteria.

It is at this time that we immerse our vegetables in this base, for about 2 to 6 weeks and keep them at room temperature. The important thing here is that our vegetables are well covered.

At the end of this fermentation period, the vegetables are both crispy and semi-firm. Kojizuke is served as a complement to amazake cream.

Kojizuke can also be used to tenderize and age meat. The same process is required as that for vegetables, but fermentation takes place over a maximum of 1 week and must be done and in the refrigerator.

This brings the meat to an incredible level of flavour and texture, honouring its great nutritional and culinary potential.