Are you looking for a product? Check out our online store!
How to Make Homemade Koji

How to Make Homemade Koji

Want to grow koji at home? This comprehensive guide (followed by a koji rice recipe) will help you understand the basics of growing this fabulous “noble” mould.

Koji is used in the making of miso, soy sauce, amazake, and many other ferments.

This Japanese ingredient is currently a hit with chefs, adding a touch of umami and complex flavours to recipes. 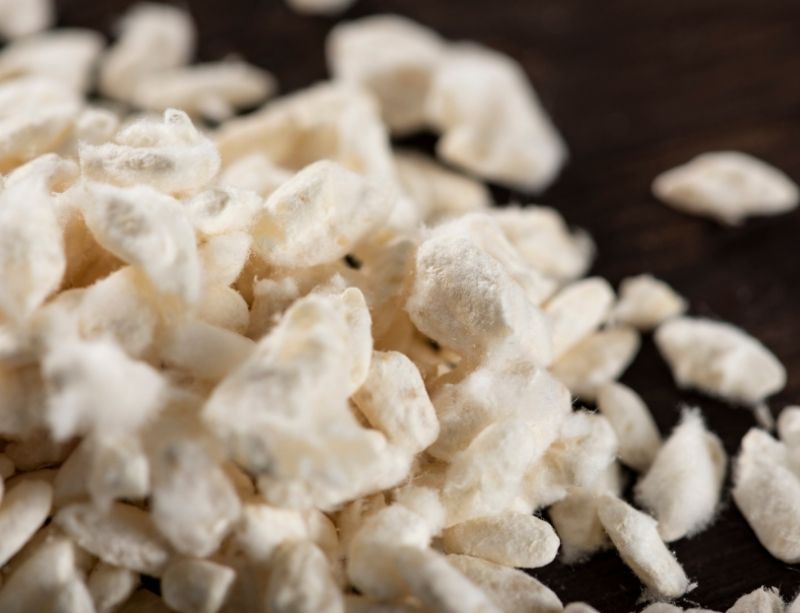 It is very versatile and introduces a vast world of fermentations and flavours!

Although you can buy ready-to-use koji, you can also grow it at home. With the right environment, koji takes only 48 hours to ferment.

Are you ready to dive into the fabulous world of koji?

Jump right away to any section:

Koji is a fermentation made from grains or legumes (rice, soybean, etc.), using the microscopic fungus called Aspergillus oryzae.

You don’t eat koji as is. Instead, it is used as a basic ingredient in other ferments, such as shoyu (soy sauce), miso, sake, amazake, and other delicacies.

It is only recently that the culinary world has become fond of koji, using it for seasoning or to age foods by giving them an umami boost.

However, this noble mould was domesticated over 2000 years ago in Asia and is an essential part of the Japanese culinary culture.

Throughout the ages, it has been used to unlock the nutritional potential of legumes and grains.

To make koji, koji starter culture are seeded into a food source. Traditionally, rice or barley is used as a substrate for the spores.

If the conditions are right, the spores can develop and colonize the grains, forming a thick coat of mycelium.

Within a few hours, the rice is covered with a white film that has a floral and fruity smell. This is koji mould forming! 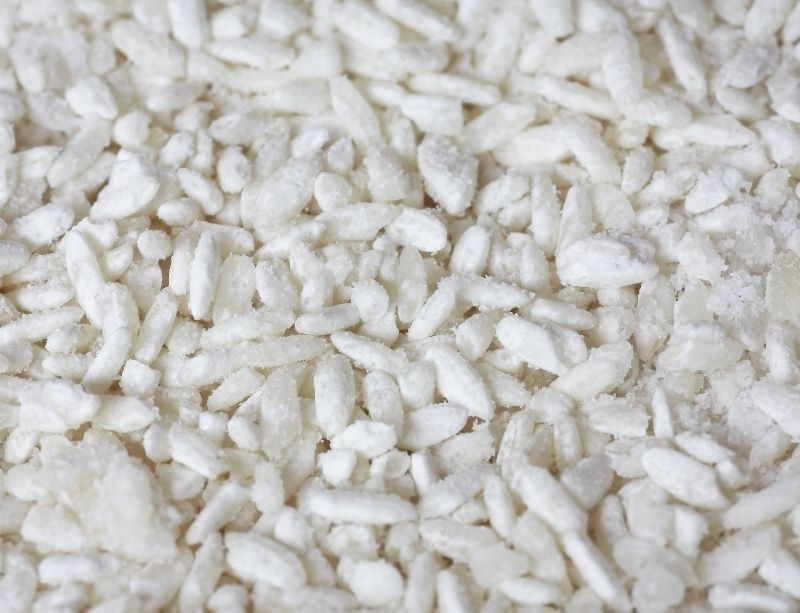 As the mould grows, it will create a large number of enzymes to help it digest the grains.

These enzymes are key to all koji-based fermentations. They are what can turn a simple soybean paste into delicious miso!

It is also these enzymes that will develop the amino acids that create the umami taste, the fifth flavour, meaning “savoury taste” in Japanese.

How to Use Koji?

Koji has traditionally been used to produce a wide range of Asian foods, but it is also now being rediscovered by many chefs to enhance the flavour of all kinds of foods. 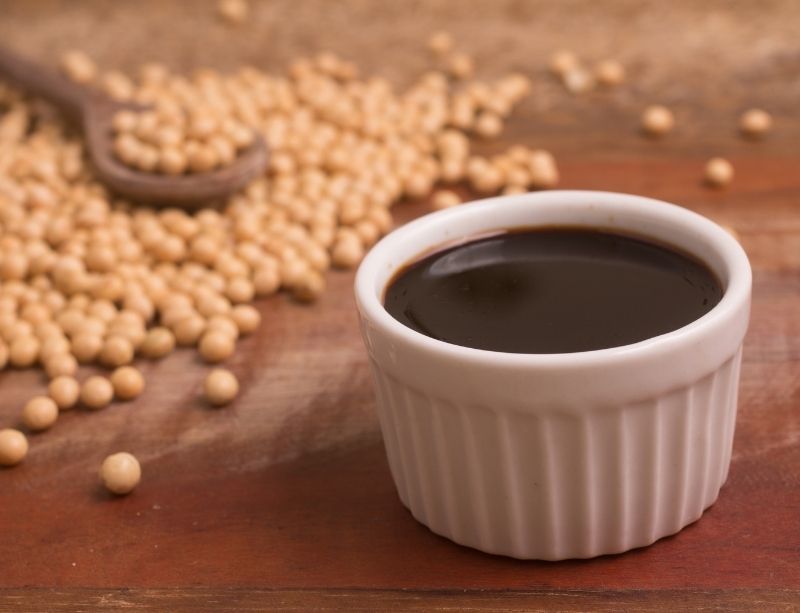 The world of koji is booming! Across the globe, innovative chefs are developing more and more recipes and techniques to use koji to its full potential.

There are several varieties of koji cultures, each producing different types of enzymes.

The two main types of enzymes produced are proteases (to digest proteins) and amylases (to digest carbohydrates). The proportions of these enzymes vary according to the strain.

One strain of koji can be used for different fermentations. If you use a koji culture for miso to make amazake, it will still work! However, you will get better results by choosing the right spores.

To make protein-based fermentations (legumes, meat, etc.), you need a koji culture that produces a lot of proteases.

During fermentation, the enzymes will transform the proteins into amino acids. Amino acids are responsible for the well-known umami taste in food. This is where the addictive and delicious taste of miso, shoyu, and garum comes from! 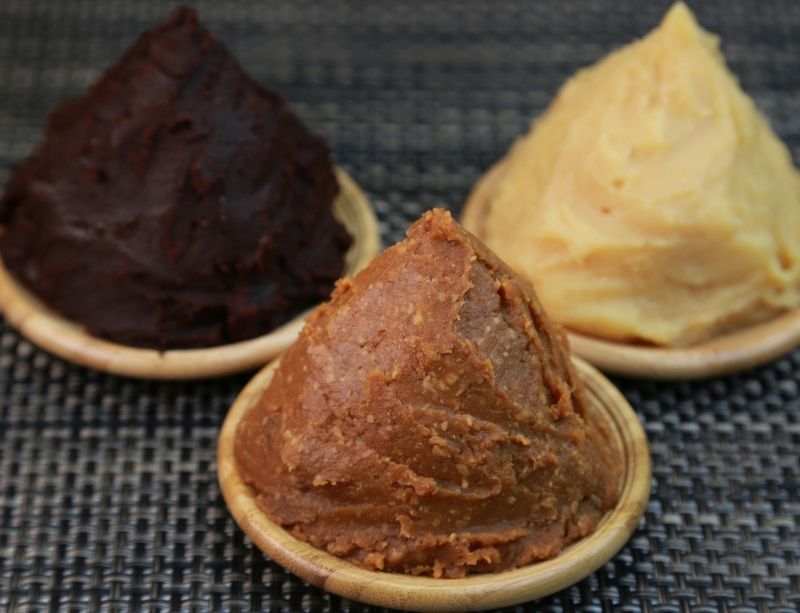 For fermenting proteins:
⇒ Choose a koji starter for miso, or get a ready-made koji.
⇒ There are also specialized strains of koji for shoyu (soy sauce) where the mould can grow directly on the legumes.

To process carbohydrates (rice, barley, etc.), you need a koji culture that produces amylase enzymes. The long chains of starch and carbohydrates will be separated into simple sugars.

You will then be able to make amazake and sake. 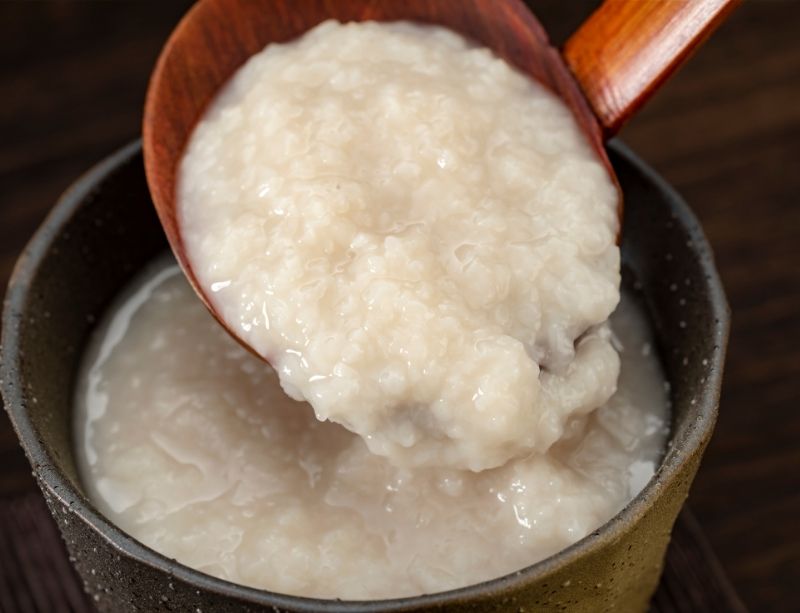 To ferment carbohydrates:
⇒ Take a strain of koji amazake, or opt for ready-made powdered koji.

Choosing the Right Rice for Koji

Although koji can be grown on barley, soybean, or even popcorn (!), rice is the perfect substrate for starting.

Choose white rice that no longer has its protective husk (bran).

You can use either short or long grain rice. Sushi, arborio, basmati, and jasmine rice are all good options.

Brown rice takes a little more effort, as the husk prevents the koji mould from accessing its nutrient source.

Koji mould thrives when placed in a warm and relatively humid environment. It should be kept between 27°C and 35°C (80°F and 95°F) for the first 12 hours.

There are several methods to achieve this:

Be careful! During fermentation, the koji mould creates its own heat. It must be monitored to prevent it from going above 35°C (95°F). It could overheat and die. 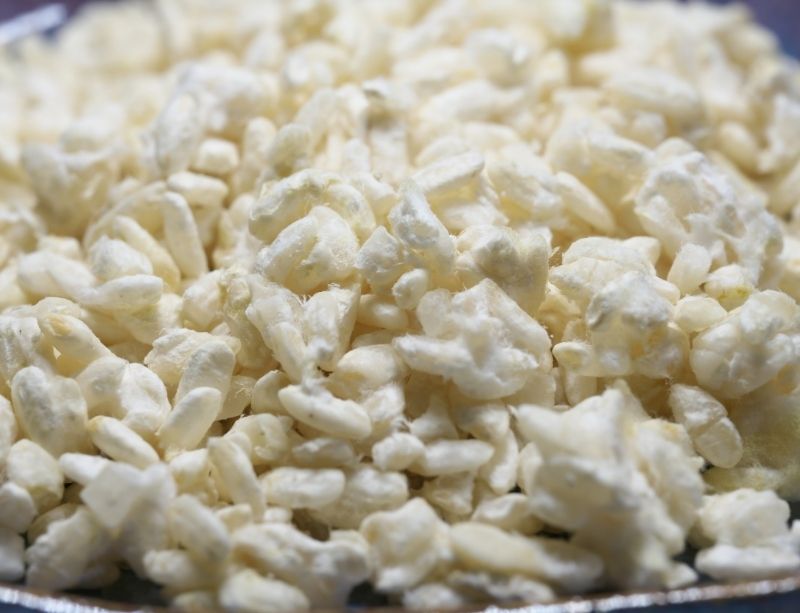 Koji is used to make miso, soy sauce, amazake and many other fermentations. This Japanese ingredient is currently all the rage with chefs, adding a touch of umami and complex flavours to recipes!
3.40 of 5 ratings
Print Pin to Pinterest
Fermentation Time 2 d
Cuisine Japanese

Preparing and Cooking the Rice

Congratulations! You've made your own koji!
Have you tried it?Share and tag @revolutionfermentation! 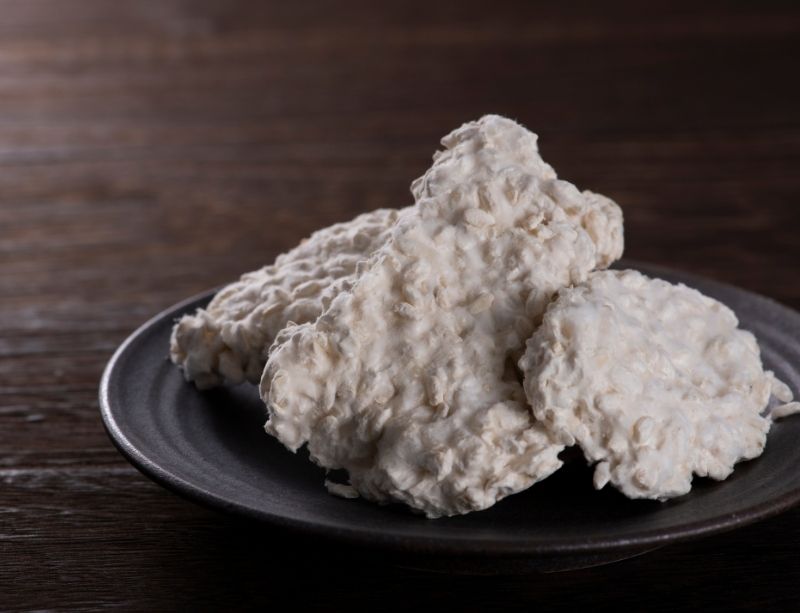 Use the koji to make miso, amazake, shio koji, and all sorts of other tasty fermentations.

Koji can be stored in an airtight container in the fridge for one month, and in the freezer for up to six months.

It is also possible to dry the koji in a dehydrator, at a maximum temperature of 45°C (113°F), to preserve the enzymes that will be used in future fermentations.

Can Koji Be Grown on Different Grains?

Yes, rice is perfect to start with, but koji can be grown on many types of grain: pearl barley, buckwheat, quinoa, sorghum… and even directly on legumes!

When cooking, make sure the grains are cooked al dente, without too much moisture.

Whole grains that still have their germ (brown rice, hulled barley, wild rice) require a little more effort. The koji spores cannot penetrate the shell and get into the grain. Therefore, the grains must be coarsely ground or steamed until they open up.

How Many Spores Should Be Used?

Different methods and recipes have different ratios of spores and substrate (rice). This recipe was developed for a high success rate, but the number of spores could be reduced to ½ tsp. per 500g of dry rice.

In any case, make sure to mix thoroughly the spores with the rice when inoculating.

What Type of Flour Should Be Used to Disseminate Koji Spores?

Flour is used to help disperse the spores in the rice. It also provides a quick food source for the spores, which can start growing faster. In addition, flour absorbs excess moisture in the substrate.

How Do I Know if my Koji Is Successful?

A successful koji is white and has a fruity, floral smell. Visually, it has a “fuzzy” appearance. The mould filaments create a sort of cloud around the grains. 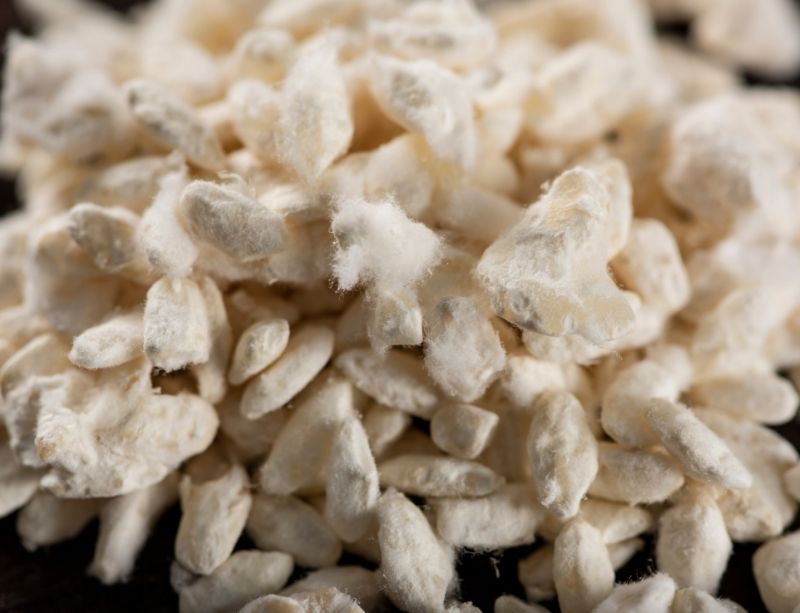 If, on the other hand, your koji is very wet and has a bad smell or strange colour (pink, orange, black), something has gone wrong. Trust your instinct and throw it in the compost!

Why Did My Koji Grow Poorly?

If your koji mould did not grow, it is because its environment was not suitable.

If the incubation temperature is too low, the spores may take longer to colonize the rice, allowing the bad microbes to settle in first.

On the other hand, if the temperature exceeds 35°C (95°F) for too long, the koji mould could die. During fermentation, it creates its own heat. The temperature must therefore be carefully monitored to avoid overheating.

Another reason is the lack of moisture. If the grains are too dry, the koji culture will not grow.

Finally, perhaps the spores are too old. Make sure you choose quality spores to inoculate your rice.

Why Is My Koji Green or Yellow?

When koji mould ferments for too long, it creates green or yellow spores to reproduce itself. Unfortunately, these spores give a bad taste to fermentations.

If the green parts are isolated, remove them, and use the rest. If the entire koji is green, unfortunately, you will have to throw it away in the compost and start again. 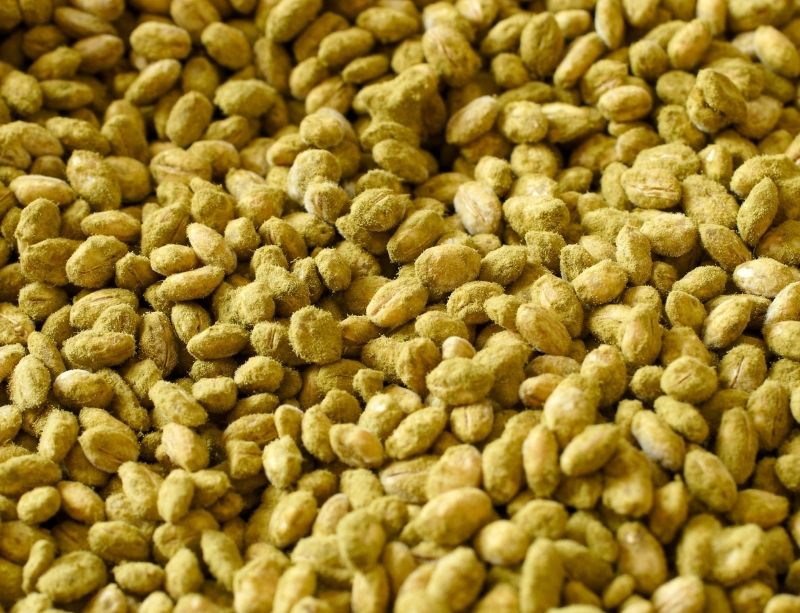 Note: We do not recommend using this sporulated koji to reseed new rice. The risk of mutation or contamination is too big. Use spores from a reliable source.